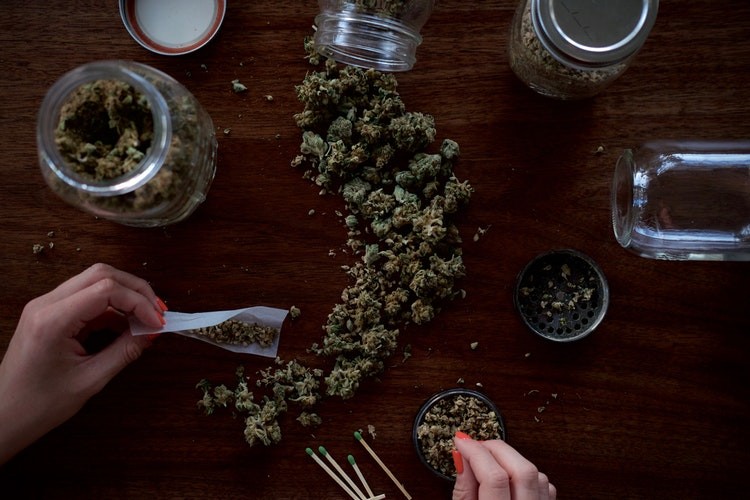 Marijuana Myths: Breaking Down and Debunking 4 Myths About Marijuana

The legalization of marijuana in Canada has brought in many great changes for the country. We are seeing an improvement in the controlled quality and safety of weed, ease of access to medicinal strains, a major boost in the economy, and most importantly, the lessened difficulty of conducting research studies on marijuana. There are currently many unknowns on the topic of marijuana, which require a deeper investigation. Earlier last year, the federal government allocated 1.4 million dollars of the Canadian Institute of Health Research funding divided between 14 marijuana research projects.

We expect to see the results of these studies in 2020; but until then, let’s not ignore the evidence that is available to us and debunk some myths!

“The dose makes the poison” (Paracelsus) – even water in large quantities can hurt. The same applies to marijuana, making this an absolute marijuana myth. Large consumption of weed can lead to major psychosis, delusions, hallucinations and increased risk of accidents, including cardiovascular events.

Long-term effects on frequent users include rebound nausea and vomiting, memory and concentration problems, aggravation of paranoia or dormant mental illnesses, and pulmonary irritation in smokers, which can lead to the development of cancer. Always remember, less is more.

While driving high has less of a stigma than driving drunk, contrary to the popular belief, it not any safer. Marijuana consumption alters the release of brain chemicals that are in charge of motor function, visual acuity and proprioception, and reflexive responsiveness. While it may calm and slow you down on the road, it will also decrease your reaction time – decreasing the chances of safely evading a potential collision.

What you might not have known is that THC can stay in your system and continue to affect your cognitive and motor skills for up to several days after consumption. It is never safe to drive high!

Weed is Not Addictive – MYTH

This is a clear-cut marijuana myth. According to the DSM-IV Substance Dependence Criteria, addiction is defined as a maladaptive pattern of substance use leading to clinically significant impairment or distress, as manifested by at least 3 criteria of 12 occurring any time in a 12-month period.

Addiction is defined as a maladaptive pattern of substance use leading to clinically significant impairment or distress.

While we will not go through all twelve, here are the first 3 to convince you:

While the smoke from cannabis and tobacco contain similar chemicals, in vitro evidence strongly suggests that cannabis smoke is more damaging to lung tissues than smoke from tobacco. Epidemiological data, however, is not yet so conclusive. This is likely because of the differences in smoking techniques between cannabis and tobacco.  Since cannabis smoke is “held” on inhale, users are exposed to 3x the level of tar and 4x the level of carbon monoxide as compared to tobacco smoking; however, the number of cigarettes of tobacco consumed compared to cannabis is largely different which may shift the exposure levels.

In vitro evidence strongly suggests that cannabis smoke is more damaging to lung tissues than smoke from tobacco. Epidemiological data, however, is not yet so conclusive.

Another key to the epidemiological puzzle is the increased risk of upper respiratory tract infections with cannabis use. Plants are common hosts for various fungi and moulds. These pathogens can increase the risk of infection, chronic inflammation and damage to a cannabis user’s lung tissue. Ultimately, unnecessary exposure to burning smoke and cancer-inducing chemical occurs regardless of the substance you smoke. Switching to vaporizers is highly recommended.

Luckily for you, LIVLI’s daily supplements for cannabis users can help battle some of the long term effects by providing a source of anti-oxidant vitamins and minerals to prevent damage to the lung tissue, amino acids that stabilize mood-altering neurotransmitters, and organic herbs to improve cognitive and metabolic function and the detoxification system. Purchase your first package today: here.

Shop Livli
PreviousPrevious post:Always Read the Package: Tips for Buying the Best Supplements for The Cannabis Users
NextNext post:Advertising Cannabis on Social Media
This website uses cookies to improve your experience. We'll assume you're ok with this, but you can opt-out if you wish.
Accept
Read More
Privacy & Cookies Policy